Launched in 1971, the Rolex Explorer II was a watch designed for cave explorers whose mission was to travel to the farthest corners of the earth’s surface. In 1953, to celebrate the successful summit of Mount Everest by Sir Edmund Hillary and Tenzing Norgay, Rolex launched the Oyster Perpetual Calendar Explorer II, building on this daring tradition by offering those who spend long periods of time without sunlight a range of special features.
The first Rolex Explorer II has been worn by cavers, volcanologists, polar and jungle explorers around the world. Powered by a 26-jewel Caliber 1575 movement, this fake watch has several features designed to keep track of time during the day and night in sunless environments. These features include a date function, a fixed stainless steel bezel with 24 indexes, a 100-meter depth rating, and a large, brightly colored 24-hour hand used in conjunction with the bezel as a prominent reference for morning and afternoon times.?? 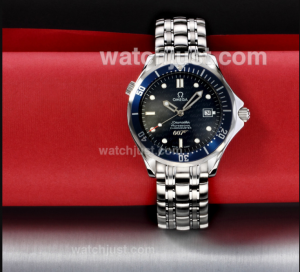 Production of the ref. 1655 continued into the 1980s. ref. 1655 production continued into the 1980s, and like the Explorer, II watches Rolex produces today, the ref. 1655 was produced only in stainless steel, with absolutely no precious metal or two-tone options. In addition, like many other Rolex sports watches of the time, the 1655 Explorer II Reference was only offered with a black dial. However, all subsequent Explorer II reference watches were offered with a choice of black or white dials.
Olympic skiing champion Jean-Claude Killy and Hollywood actor Steve McQueen were both famously associated with the Rolex Explorer II ref. 1655. There are numerous photos of Jean-Claude Killy wearing the Rolex Explorer II ref. 1655, and the skier even wore a fake Rolex Explorer II ref. 1655. Curiously, however, there are zero photos of Steve McQueen actually wearing 1655, as the famous Hollywood actor actually wears a Rolex Submariner on screen and in his personal life.