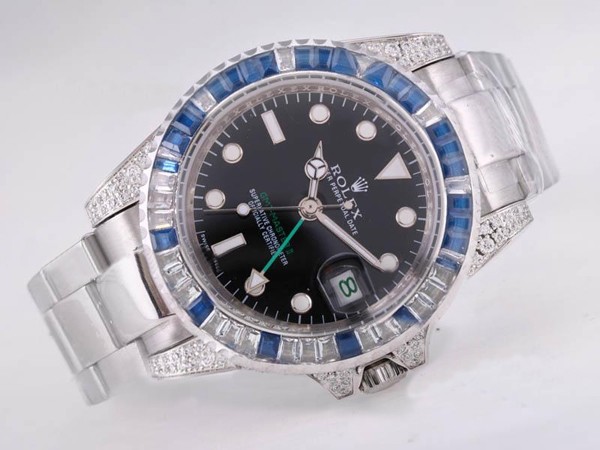 For Rolex, they continued to use radium in some mobile models of the dial until the late 1950s. However, with the release of the first GMT-Masters, they opted to light up the bezel numbers at the same time. To do this, they used to paint with a different luminescent composition, strontium 90. Another isotope made by nuclear fission, which is actually quite radioactive as well.
Unfortunately, in August 1961, a Navy major, Willard Mound, sued the company for $5 million, which seemed to be too late. He bought his watch in Hong Kong three years ago and said he, his wife and all of their five children had been severely physically affected by exposure to the watch.
In 1962, Rolex replaced radium with tritium. Another self-luminous element is also radioactive, with a half-life of just 12 years, at a considerably lower, safer level. By comparison, the half-life of radium is 1602 years!
Tritium served Rolex until 1998 when they decided to change the material again, this time to Luminova, a completely non-radioactive colorant invented by Nemoto & Co. Ltd in Japan. While completely harmless, Luminova, unlike its predecessors, first needs to be exposed to light in order to glow.
After only a short run, Luminova was replaced with SuperLuminova in the 2000s. Basically the same, Superluminova is supplied by the Swiss company RC Tritec AG.
Finally, in 2008, Rolex once again upgraded the Chromalight. It emits a stunning blue light instead of green and lasts longer than Superluminova, which debuted on the new Sea-Dweller Deepsea and then rolled out across the portfolio.
In addition to being a useful addition to the hands and hands of a watch dial, the luminous material type is also a good way to judge the age of a Rolex.
Before the AEC called for a recall, the word “Swiss” was printed separately below the six o’clock position near the outermost edge of the dial.
A small dot appears below the hour markers but above the word “Switzerland”, indicating that they still have radium content, but were at lower levels between 1960 and 1963.? 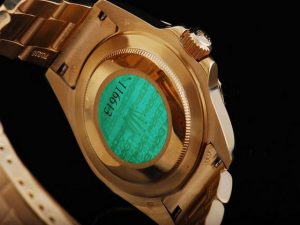 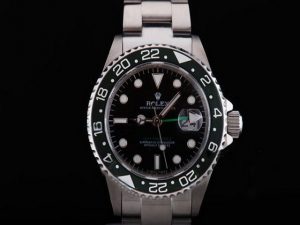 The ‘Underline’ dials were produced for a very short period, between 1963 and 1964. They have a small horizontal line either above or below the hands and are thought to mark the changeover from radium to tritium. Of course, these are very rare and highly sought after on the vintage market.